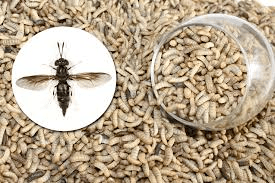 The difficulty of feeding everyone is expanding along with the world’s population. According to current estimates, the world’s appetite for food could rise by 59 to 98 percent by 2050. Demand for high-quality protein sources, like meat and dairy products, will especially rise.

Producers of livestock in the US and other exporting nations are seeking for ways to boost their output while also being mindful of the effects that agricultural production has on the environment. Searching substitute for animal feed that can replace grains will free up more cropland to be used for human consumption, which is a significant gain.

The black soldier fly (Hermetia illucens) is one of thousands of the edible insect species that is gaining widespread popularity. Black soldier flies’ larvae are composed of 45% protein and 35% fat. Industrial waste products, such as pre-consumer food waste, can be fed to them effectively. The larvae can be produced in factory-sized facilities on a large scale, and once dried, they are shelf-stable. The larvae have been given permission for go-ahead to be fed to chickens, pigs, and some fish by the American Association of Feed Control Officials.

ECONOMIES OF THE SCALE

Economics are important. Insect-based feed costs how much will beef and dairy cattle farmers spend, and can the insects be farmed at that cost? An economic analysis has been done of black soldier fly larvae for the US cattle business, which was also published early in 2022, to start addressing these problems. The larvae will cost more than the current protein sources fed to cattle, such as soybean meal. The increased nutritional profile of black soldier fly larvae is reflected in the higher price. However, it is not yet clear if the cow industry would be willing to pay this price or whether the insect farming sector could produce black army fly larvae at that cost.

Employing insects as components can increase the sustainability of human and animal diet, which is supported by the rapid increase in global market for edible insects. It is believed now that the cow feeding market could be a perfect one, and expectations are there to see more study involving both producers of insects and cattle. 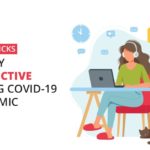 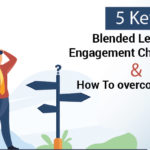 5 Key Blended Learning...
The territory of the education sector... 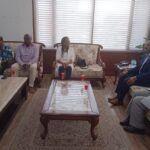 VISIT OF AGRICULTURAL MUNISTER...
Under the”  Science for Science for...

A Student is deemed to have become eligible for the degree if:
(AS PER ACADEMIC REGULATIONS & STUDENT CONDUCT RULES 2018, PAGE NO. 13)
Please Contact for further any information:

Academic documents requests are usually processed between one and three business days. During periods of high volume, it may take longer. All charges are nonrefundable. Document requests will not be processed for students with financial obligations to the university.